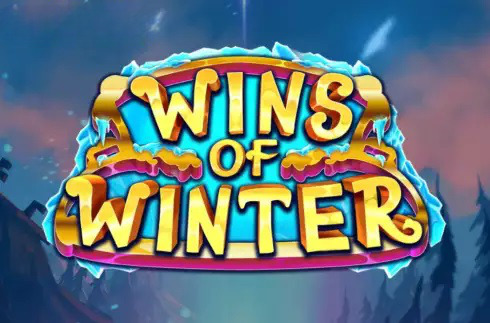 Fantasma Games, a Swedish developer, came up with a cold season-themed slot, Wins of Winter. This slot is another Christmas slot that incorporates the chilly scenes players can enjoy when relaxing. The Wins of Winter is another version of the Magikspell slot, though they are different. The developer of Wins of Winter made several changes to give players a different experience from the other version.

The first notable change in this slot is the setting which includes a chilling scene with howling winds and unusual hues in the sky. The setting also includes towering trees, hovering crystals, ice, and some random magic. Though the charming soundtrack doesn’t meet the standard set by the previous game, the Magikspell will let players stay entertained while betting.

Wins of Winter has a grid of 5 reels with a 3-4-5-4-3 formation and 20 fixed paylines. The slot is highly volatile, with an RTP of 96%. The maximum win of this slot is 5000x the bet, and it’s accessible through any device. To bet, a player needs to bet 20 p/c to 160 euros per spin, and the frozen frames, progression meter, and golden frames are saved at every bet level when changing the bet.

Wins of Winter also has wild symbols which only appear on the board during the winter wild feature. It can substitute for all the pay symbols and appear on any reel. The wild symbols are worth 3.5x the bet for a five-symbol win consisting of only wilds.

Wins of Winter has a mixture of features from old and new versions, like the progression meter, a mirror feature, a bonus game, a winter wild feature, and a chest feature.

Here’s an explanation of each feature below:

Every time the multiplier upgrades, the progression meter resets to zero. However, if the points exceed 150 points, the additional amount will be added to the next collection round. The bonus round ends when the multipliers reset to x1 or when no more points are collected after reaching x100.

The chests only occur during the base game, where they land on the rightmost reel. Landing a chest earns 3-6 points to the progression meter. It can also place 2-4 frozen frames randomly on the grid.

To get a bonus round, a player has to hit three bonus symbols on the 2nd, 3rd, and 4th reel. When this happens, it earns 9 to 18 clicks. Then a player should click to know the values earned, which range from 0.5 to 20x the bet. But the player’s total also includes the cash prizes and the bonus game multiplier.

Wins of Winter is much of the cold and magical things instead of a Christmas-based slot. It’s an ideal choice for players who like snowflakes and pick-Me’s, not the hold ‘n win features. Additionally, its features and those of Magikspell don’t match, which means players will get a different experience.

Wins of Winter has great visuals and creates a magical vibe that players will love. Additionally, the soundtrack is entertaining and worth keeping players engaged on the screen. Furthermore, the 5000x the bet maximum win is good though it can’t compare to that of Magikspell, which is 20,000x the bet.

One thing that can attract players to this slot is the settings and the environment. However, the developer’s changes, like on the bonus round and winning potentials, are not encouraging. This means Fantasma Games need to do something to make the slot a better game worth players’ money and time.