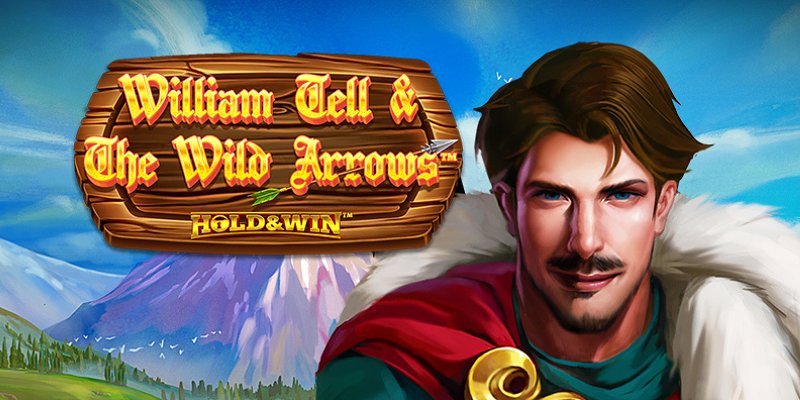 William Tell & The Wild Arrows is a slot machine game based on the Swiss folk tale about a skilled marksman named William Tell who used a crossbow to fight against injustice. The game, developed by iSoftBet, incorporates elements of the original story as well as elements that may remind players of the legendary hero Robin Hood. However, the game offers more than just its theme, as there are other elements that contribute to the game’s appeal.

The William Tell slot game has 5 reels and 3 rows that spin to offer players 25 active lines. The game has a medium-high level of volatility and a 96% return to player rate. The maximum potential win is 10,000 times the initial stake. There are several special features in the game, including randomly occurring features like William’s Wild Arrow, Split Zone, and Gessler’s Greed, as well as a Hold & Win respin feature that is triggered more frequently.

In William Tell & The Wild Arrows, you can choose how much to bet on each of the 25 lines by assigning a certain number of coins to each line. The minimum bet is $0.25 and the maximum is $25. This slot game has the potential to pay out a top prize of 10,000 times your bet, but it is not very likely to happen due to the medium-high volatility of the game. However, the long-term return to player (RTP) for this game is fair at 96%.

The Wild symbol in this game will act as a substitute for other symbols. There are also several other features that will be available.

During respins, you may encounter a Split Zone event, which occurs when an arrow hits a space and divides it into four smaller areas. This can increase the number of Targets present in that area by a factor of four, if there was already at least one Target present.

Several features, such as William’s Wild Arrow and Gessler’s Greed, can enhance gameplay during regular spins by adding wild symbols or removing low value symbols from the reels.

This slot machine transports players to the picturesque landscapes of Switzerland, featuring symbols of characters from the story of William Tell, as well as trees, castles, and crossbows. The overall design of the game is stunning.

This slot game is a refreshing change from the typical Robin Hood-themed games that have become common. It has a unique plot, but still maintains a similar overall feel. The various modifiers and features included in the game are enough to keep players entertained.