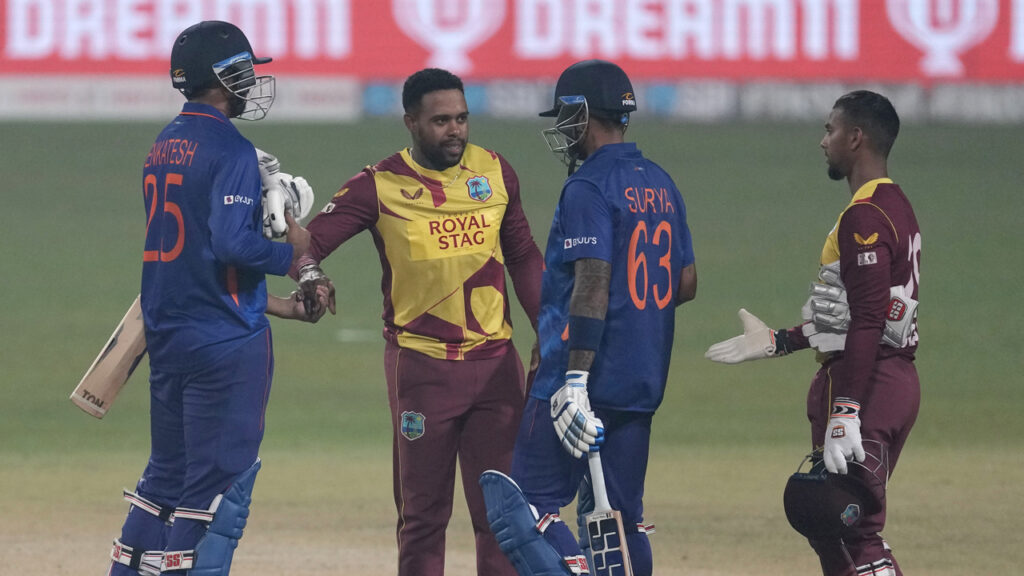 It is the first game of the 5 matches T20 series. West Indies is hosting an Indian team in this series. Before this game, both sides had faced each other in 3 one day international games. Indians’ side did well in all competitions. In the first 2 games, West Indies posted 300 plus scores on the board but failed to stop the Indians. It was a significant problem for West Indies. We have checked that the tail-enders of the Indian side scored well in death overs.

West Indies always performed well in crucial games versus India. In 2016, West Indies rattled all the hopes of Indians in India. It was the semifinal between the two teams. Now, all is changed into a new scenario. West Indies Bowles failed to handle the blue shirts in the last overs of the game. In the 2nd one-day game, Axar Patel snatched the game from West Indies. All the significant batters were sent back by the West Indies at the start of the game.

According to the head performance of the teams, both teams played 20 games against each other in a short time. I have checked that the Indian side remained undefeated in 13 games, whereas West India also posted 6 wins. However, one match ended without any results. It is a significantly different result between the two teams.

If we see the latest tour performance of teams, then West Indies did not handle the pressure in tough times. It is the reason to fail in one-day series. West Indies has a 40% chance to win in this game. On the other side, the Indian side gained a 60% chance to carry the day. We made these predictions on behalf of past facts and figures.

In the West Indies, Sai Hope, Brendon King, Rovman Powell and Pooran are prominent batsmen to blast the ball anywhere in the game. Moreover, Akeal Hussain is the best tail ender to stay on the crease. He can also bowel well in the crucial time of the match.

The Indian team would like to add new players to the groups. Ishan Kishan, R Sharma, Pandya, Kohli, Iyer and Deepak Hooda are prominent players in the final lineup of Indian teams. They can trust these players.

The bowling department of India consists of R Jadeja, B Kumar, Muhammad Siraj, Krishana and Pandya. All these bowlers have much experience in demolishing the West Indies lineup. In a T20 game, a single player can change the total game.

India will win this game.

The above description showed that the Indan team is a better side. However, we took all data from the past one-day series overall. According to it, India will win this game under the captaincy of Hardik Pandya. However, no one is responsible for losing or winning in this game.