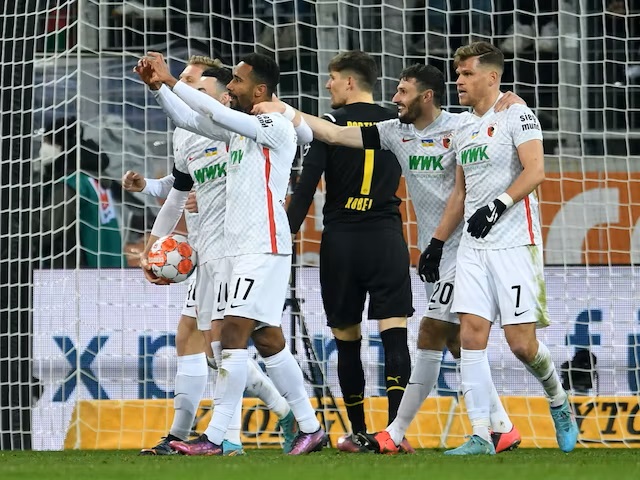 The Bundesliga match between Werder Bremen and Augsburg is on Friday.The home team has done better than expected since making their comeback to Germany’s top division, while the visitors are currently in the relegation playoff spot.

Bremen was really anticipated to struggle after suffering their first relegation in 41 years two seasons ago, although coming back at the first attempt from Bundesliga 2 the previous season.

Of course, that is still a possibility, but given that they have eight points after their first five games, it does not appear plausible.

Ole Werner’s team is proving to be experts at scoring goals in the dying seconds, as seven of their last four games’ goals have come in the final five minutes and have already added six points to their score.

We’ll have to wait and see whether it proves to be sustainable, but it shows their never-say-die attitude and a rising belief within the camp. Furthermore, they have a striker who was made to score goals in Niclas Fullkrug, whose late goals against VfL Bochum last weekend gave him a five-goal streak and another significant victory for his team.

Werner will be sure that by defeating Augsburg on Friday, he can climb to fifth in the standings with his star scorer in blistering form.

Enrico Maassen is under intense pressure to swiftly reverse the rot that is enveloping the team after Augsburg lost four of his first five league games as manager.

Fuggerstadter’s lackluster performance against Hertha Berlin at home last time out marked the fourth occasion in five games that they had tested the opposition goalkeeper no more than twice.

As a result, the visitors’ triumph never seemed in doubt once Dodi Lukebakio dove to head the ball past Rafal Gikiewicz three minutes before the hour mark. In stoppage time, David Selke dashed off before selflessly passing the ball to Marco Richter, who scored his first goal following his recovery from testicular cancer.

Maassen could really use a forward of Richter’s caliber back at the team right now, but he will need to make the most of the resources at his disposal and transform Augsburg into a much more potent offensive unit. If he doesn’t, the former Borussia Dortmund II manager may soon find himself on the hot seat, with Friday’s trip to prolific Bremen serving as a tricky proposition.

We don’t see Werder Bremen’s streak of two or more goals in each of their five Bundesliga games this season coming to an end on Friday night.

We anticipate a second straight Bremen victory, however Augbsurg could find their offensive opponents more accommodating and score themselves.