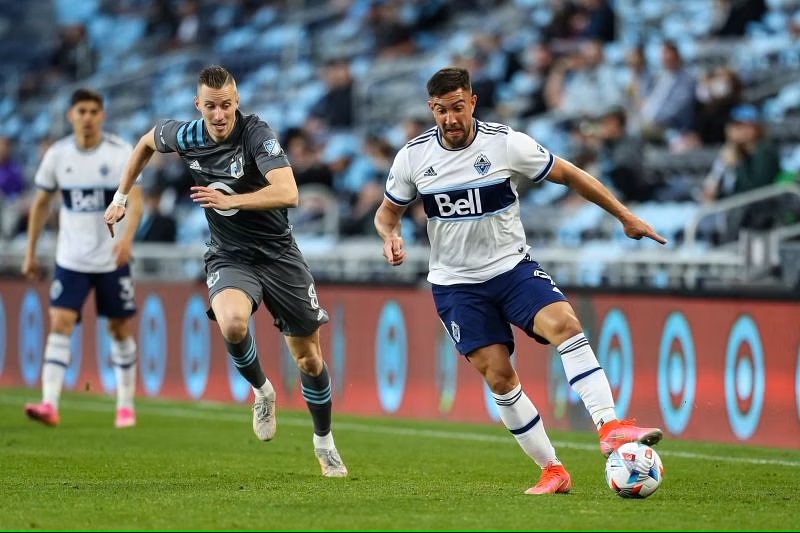 When Vancouver Whitecaps and Minnesota United square off at BC Place on Saturday, there is just goal differential standing between them in the Major League Soccer Western Conference.

The hosts are coming into this game with a four-match winning streak that has given them a lot of confidence, while the visitors have just won back-to-back games.

Even though their MLS record is only seven wins, three draws, and eight losses thus far, the Vancouver Whitecaps are having a successful season.

Despite this, Vanni Sartini’s team had managed to put together a four-match winning streak going into this game. They will now be attempting to make it five on Saturday.

Even though they waited until the end, Vancouver defeated Los Angeles FC by a goal to nil in their most recent match. Andres Cubas scored the game-winning goal in the 89th minute.

Additionally, Cody Cropper showed his skill in goal as the Blue and White were able to retain a clean sheet for the second straight game.

The distance between them and their opponents in the standings is currently solely created by goal differential, giving Vancouver the chance to pass them with a win this weekend.

Naturally, this means that Minnesota United will also have the opportunity to widen the gap between them since a win would put them three points in front. Due to their current closeness, a win for either side would give them the chance to move up the standings, possibly as high as fourth.

Adrian Heath, who has seen his club win 3-2 twice in a row, will undoubtedly be looking for a slightly calmer game this Saturday.

Minnesota has shown that they can battle for the three points, but playing in back-to-back five-goal thrillers has undoubtedly pushed the team to its breaking point.

The most recent of those outcomes came over the weekend against Real Salt Lake, where Emanuel Reynoso’s two goals and Luis Amarilla’s goal were enough to win.

Since there isn’t much of a gap between the two teams in the standings, their Saturday matchup will undoubtedly be competitive as they each want to establish supremacy in the division.

However, Vancouver Whitecaps have the home-field advantage in this match and have been playing better recently overall, so they should win.