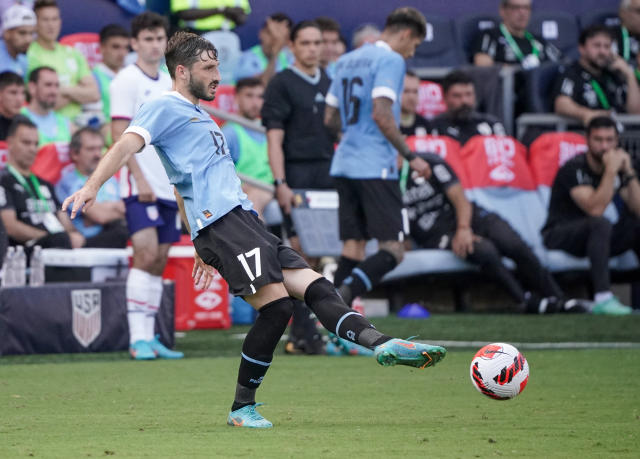 Winning twice At the Education City Stadium on Thursday, Uruguay will play South Korea in the opening match of their 2022 World Cup campaign.

Since Diego Alonso replaced Oscar Tabarez at the end of the previous year, La Celeste have been performing quite well.

Despite the success they are having on the field, Uruguay’s preparation has been in turmoil since Tabarez was fired as manager after being in the position for 15 years.

Although Alonso has radically changed a team that was on the brink of collapse after some appalling performances in South American qualifying, he still isn’t sure of his best starting XI or best system.

After four straight losses, including a humiliating loss in Brazil and a loss away in the notoriously difficult altitude of Bolivia, Tabarez was fired as manager with his qualification in serious doubt.

Luis Suarez continued to be the driving force behind everything positive for the national team, but with four qualifiers left after the new year, Alonso took over and won all four, with strong away victories over Chile and Paraguay serving as the highlights.

He is still unsure of the optimal formation for his team, though, as both the 4-3-2-1 and the 4-4-2 have seen extensive use but have not yet been tested against formidable opponents.

The finer points won’t matter, though, as long as they continue to play this well both offensively and defensively, since they have only given up two goals in his nine games in charge.

It will be crucial to make the most of Uruguay’s diverse collection of attacking options, including Suarez, Darwin Nunez, Edinson Cavani, and Maxi Gomez, who have all contributed to goals this season as Uruguay has averaged two goals per game.

They are seeking to become world champions, as Alonso repeatedly indicated prior to the competition, and based on their present performance, they cannot be ruled out.

In contrast, South Korea enters the competition with a manager under fire and a team that underperformed in the lead-up to Qatar. In addition, the team experienced the worst-case scenario on the eve of the competition when Son Heung-min suffered an injury in the Champions League and needed surgery to repair a shattered eye socket.

He has vowed to go to all lengths to play since, without him, South Korea won’t be as strong mentally or tactically.

Given his disruptive tournament preparation, there is also a chance that he won’t be at full strength if manager Paulo Bento decides to risk him right away.

It will be more difficult for their dependable defense to perform now that their attacking star is questionable, but after allowing just three goals in their 10 AFC final stage qualifiers, they have already shown they can be counted on.

Despite their well-known victory over Germany in Russia, they were bitterly disappointed by their group-stage elimination losses to Mexico and Sweden.

Once more, they are in a fiercely competitive group where they will need to pull at least one surprise to advance.

Since Alonso took over a year ago, Uruguay has been nearly faultless, and with their talented forwards and strong defense, they should be heavy favorites in this match.

Son’s health has dominated South Korea’s preparation, and with him not in peak condition, it is unclear what their backup plan is.