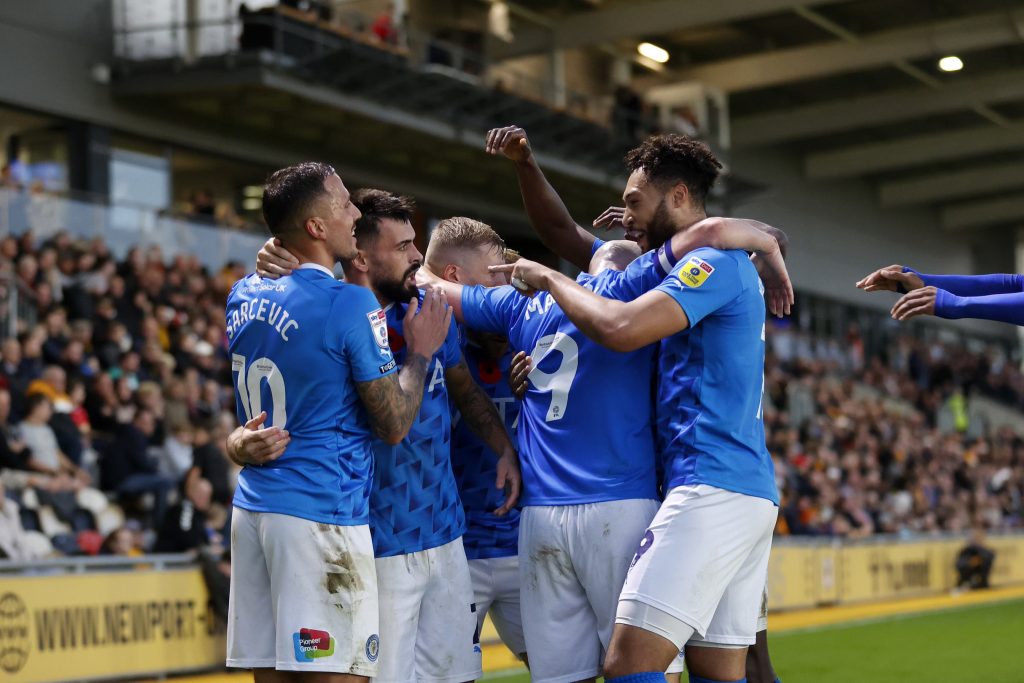 The visitors extended their advantage at the top of the league to three points with a 2-0 victory over Harrogate Town, while the hosts won their sixth game in a row, defeating struggling Newport County away from home.

Stockport County were actually one of the favorites to win back-to-back promotions before the season started after their 11-year absence from the Football League, as local businessman Mark Stott’s investment cleared the club’s debts and gave the Greater Manchester team a much-needed infusion of cash.

After scoring 23 goals in the National League, star striker Paddy Madden was able to stay with the Hatters, who also added 19-goal forward Kyle Wootton and defensive reinforcements Joe Lewis and Chris Hussey for a total of four free transfers and one £50,000 fee.

Dave Challinor’s team had a sluggish start to the season, recording just one victory in their first six games. However, in their last five league games, they have won four and drawn one, showing a marked improvement.

With three and two goals each, Madden and Wootton were instrumental in those victories. The former scored the game-winning goal against Newport in the 73rd minute of their previous match.

As they welcome the league leaders for a thrilling match this weekend, a return to Edgeley Park, where they have only lost twice this season, could be crucial.

Similar to their hosts, the visitors have won four straight games to increase their lead over Stevenage at the top of League Two to a decisive three points.

Perhaps more crucially, the O’s opened up a nine-point buffer between themselves and Bradford in fourth place after Paul Smyth and George Moncur sealed another victory last time out against Harrogate, leaving Richie Wellens’s men in good form in the battle for automatic promotion.

After a season-opening nine-win streak from a possible ten for the capital team, some unexpected results have started to appear. For example, Orient lost at home to struggling Newport before suffering a lackluster loss at AFC Wimbledon two Matchdays ago.

However, the O’s will be convinced that their free-scoring strikers can push them closer to the third tier of English football for the first time in eight years thanks to Northern Irishman Smyth, who last weekend glanced home a header from a corner.

We anticipate goals in this high-caliber match between these two of the league’s most in-form teams. This game should be fast-paced and frantic.

Even if we are calling for a draw, there is always the chance that Paddy Madden or Paul Smyth will perform a moment of brilliance and break the tie.