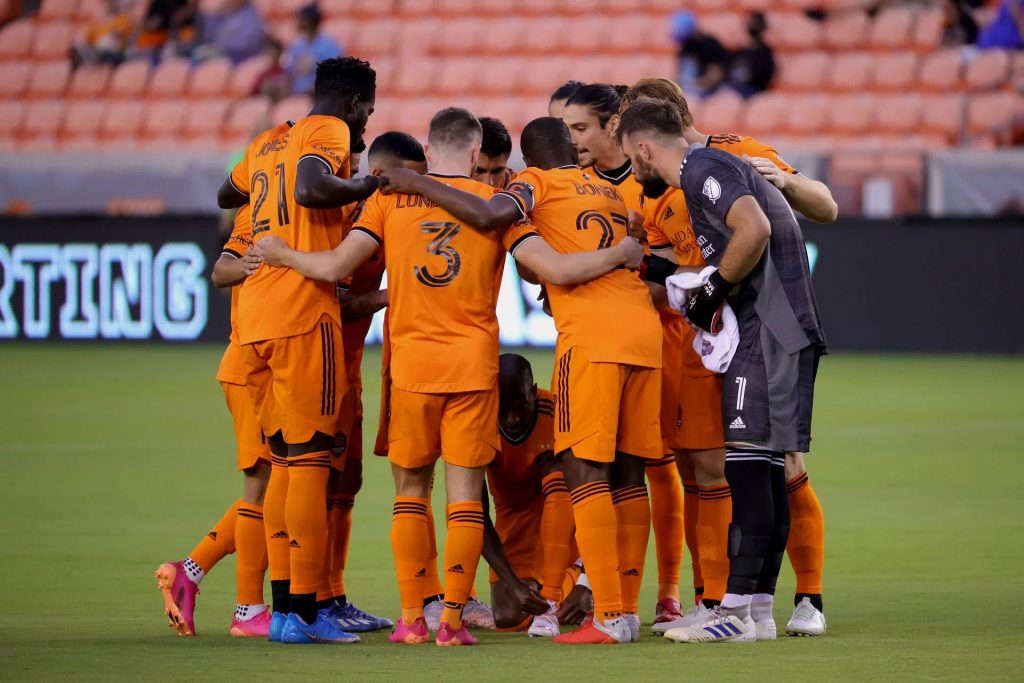 Philadelphia Union will face Houston Dynamo at Subaru Park on Sunday in an effort to secure their fifth straight victory and increase their margin of victory at the top of the Eastern Conference rankings.

The Orange Crush will be hoping to break this losing streak against Jim Curtin’s team this weekend after going winless in each of their previous five travel games.

The last time they played, Philadelphia Union had to fight all the way to a 1-0 victory over a tenacious Orlando City team on Sunday.

Hungary international Daniel Gazdag once again came through with a solitary goal six minutes before halftime of a cagey contest at the Exploria Stadium.

Since sharing a scoreless draw with the Columbus Crew at Lower.com Field Stadium on July 4, Jim Curtin’s team has won each of their last four games while scoring 12 goals and giving up two.

Philadelphia Union are presently in first place in the Eastern Conference standings with 42 points from 22 games, one point ahead of second-placed New York City FC, who have one game remaining.

With six victories and five draws in their 11 games, the U are the only team in the conference to remain unbeaten at home. All has been made possible by their strong play on the defensive end of the field, where they have only allowed six goals and five clean sheets at home this year. Houston Dynamo, on the other hand, are still having trouble finding their home-field form as they were recently defeated 2-1 by Minnesota United.

Despite dominating the majority of the game and having over 70% of the ball possession, the Loons were able to score two goals thanks to strikes from Franco Fragapane and Bongokuhle Hlongwane before Fafa Picault scored a consolation in the 86th minute.

With one draw and two losses since their 2-0 triumph over Chicago Fire in June, Houston Dynamo have now gone three games without a win at PNC Stadium.

The Orange Crush’s road performance is also not much better, as they have dropped five of their previous six matches in all competitions, with only a 2-1 victory over the San Jose Earthquakes on July 18 standing out.

The team led by Paulo Nagamura has won seven, drawn four, and lost eleven of its 22 games thus far, amassing 25 points and occupying the 11th spot in the Eastern Conference standings, five points above the bottom-place Sporting Kansas City.

With 13 wins out of the past 15 games, Philadelphia Union enters the weekend as one of the most successful teams in the Major League Soccer. They face a struggling Houston Dynamo team that has only won once in their last six games. We forecast that the hosts will continue their winning streak and once more win all three games.