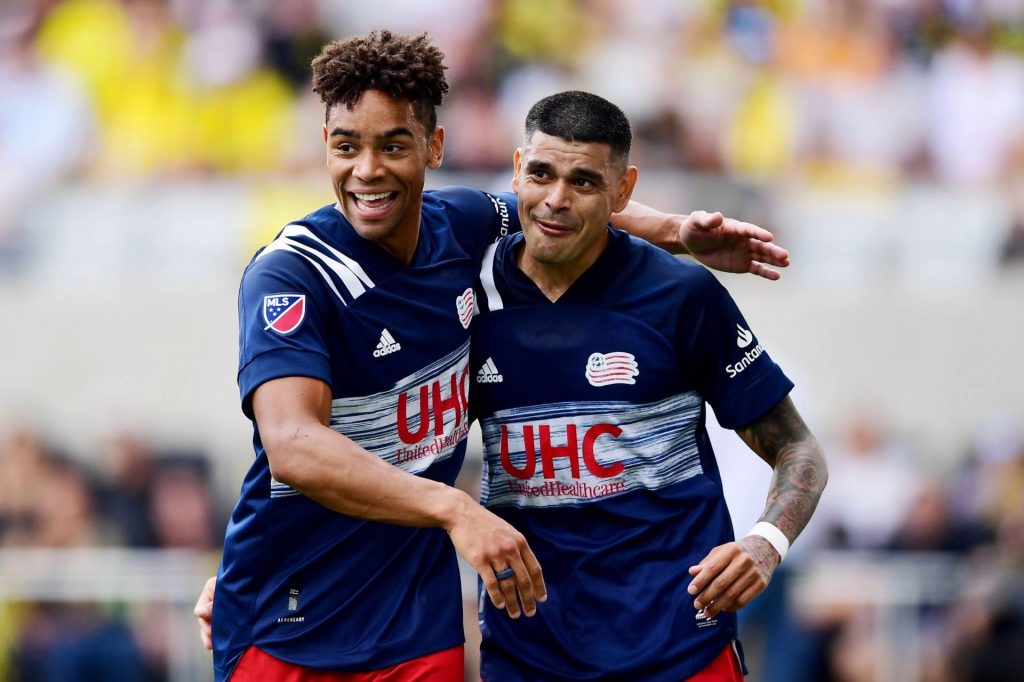 The New England Revolution travel to the Exploria Stadium on Saturday to take on Orlando City in an effort to snap their six-game MLS losing streak and advance to the playoffs.

Having lost all six of their previous encounters since June 2019, the Lions will enter the weekend hoping to defeat the guests.

Orlando City lost 2-1 to Wayne Rooney’s DC United on Sunday at the Audi Field after blowing a one-goal advantage in extra time.

The Black-and-Reds produced an exciting comeback in stoppage time when Christopher Durkin and Taxiarchis Fountas scored in a four-minute span to turn the game on its head after trailing to Junior Urso’s ninth-minute opening for most of the game.

Prior to that, Oscar Pareja’s team advanced to the US Open Cup final with a  hammering of the New York Red Bulls on July 28 during their matchup in the last four.

Orlando City enters the weekend with just two ties and two losses after a narrow  triumph against Inter Miami on July 10 in their most recent four Major League Soccer games.

The Lions are currently at fifth in the Eastern Conference standings with 30 points from 23 games, tied on points with Columbus Crew in sixth place and one position above Inter Miami just outside the playoff spots. Toronto FC held the New England Revolution to a dull stalemate at Gillette Stadium last time around as they struggled to find their footing.

Since their  triumph over Minnesota United in June, Bruce Arena’s team has now lost twice and drawn four times in their previous six games.

Due to their recent lack of effort, the Revs’ attackers have failed to find the back of the net in three of their last six games while scoring five goals over that span.

In their 22 games this season, the New England Revolution have recorded six victories, nine draws, and seven losses. With 27 points, they are currently ranked 11th in the Eastern Conference table, level on points with the Chicago Fire in 10th place, and two points behind Charlotte FC going into the playoff spot.

The visitors this weekend will be hoping to snap their losing streak and go back to winning ways as they take on a squad that they haven’t lost to in six straight meetings, winning three times and drawing three times since suffering a defeat in September 2019.

Both Orlando City and the New England Revolution are in need of a boost going into the weekend after having a rough few weeks in terms of results.

We are picking Orlando City to take advantage of their home advantage and secure a narrow victory since the Revs have only secured two victories in their last 11 away games in the league.