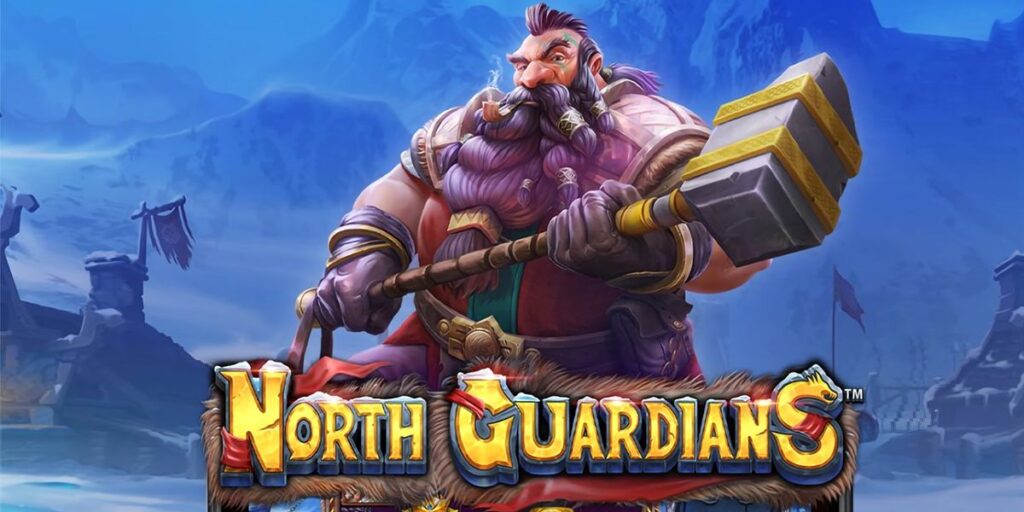 Viking warriors, at least in slot machines, have never gone out of favour. North Guardians, another Pragmatic Play game with this type of functionality, is about to be released. It will have a good number of functions and modern graphics, thus it will have an advantage over many others. Still, in such a competitive sector, a unique slot is required to stand out.

North Guardians employs 5×5 reels with a total of 50 active lines. Wins of up to 5,000 times your stake and a Return to Player of up to 96.38 percent should give you a good indication of what to expect inside. I believe you’ll enjoy its special features, which include wilds, the Wild Pattern Wheel, and free spins.

North Guardians requires a minimum bet of $0.50 to play, making it slightly more expensive to begin with than other slots. It also has a greater upper limit of $250, which is roughly double what you can spend on their other games.

North Guardians pays fairly well, but not as much as many other current slots. 5,000 times the stake is still a decent top jackpot for a slot machine, especially if it has a high RTP (which it does, at 96.38 percent).

Features of the North Guardians Slot

The Wild, properly marked and bearing the picture of Odin or other Viking king, will be one of the key symbols of the North Guardians. If you utilise it as a substitute sign, it should prove to be beneficial over a long period of time, as it has the potential to add to new winning combinations.

North Guardians’ Wild Pattern Wheel, which can be found on the right side of the gaming area, is another important feature. Only two parts of a symbol must be matched to activate it. Each round, these parts move around, and you must put them together in a certain position to acquire the feature.

The Wheel then appears, spinning to reveal either a pattern of wilds to be added to the reels or a Level Up. This feature has five levels, and getting the Level Up unlocks a more powerful range of Wild patterns (for the paid spins, it’s a random level). Patterns of wilds can bring anything from 3 to 25 wilds to the game area, depending on the level (can fill up all positions with wilds).

If three scatter symbols show on the screen at the same moment, you will be awarded five free spins. Each round, you’re allowed access to the Wild Pattern Wheel, and you’re either guaranteed a number of random wilds or a feature upgrade. The wheel improves in order here, from level 1 to 5, as opposed to the base game spins. Upgrades also come with more free spins. In total, up to 9 more are possible.

North Guardians is a Viking-themed slot that takes place in the icy tundra, which isn’t exactly a welcoming environment. There is snow everywhere, but there are also swords and drinking horns, so it appears to be in keeping with the theme.

North Guardians has a good number of emblems, all of which are of high quality. Even though we’re seeing several low-level rune stones in a variety of colours (red, pink, grey, green, and blue), they appear to be more attractive than the regular Royals who fill same jobs in other spots. The axe, shields, horns, coins, and two Viking warriors are among the top emblems. The other two main symbols to notice are an Odin Wild and a Free Spins scatter.

North Guardians is an outstanding choice thanks to its Nordic theme, sophisticated graphics, and unique features. It may not offer the same massive top jackpots as others, but the RTP indicates that it is still a good game.