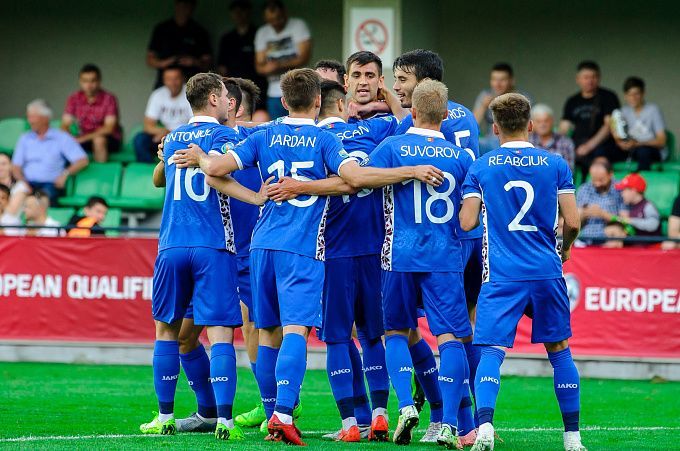 Moldova will face Andorra in a UEFA Nations League match on Tuesday, with the two teams tied on four points.

The hosts are hoping to bounce back after a loss to Latvia, while Andorra is looking to make it two wins in a row.

Moldova vs Andorra Tips and Prediction

Moldova’s return to League D after being demoted from League C in the last Nations League campaign got off to a flying start with a 2-0 victory over Liechtenstein.

However, they were denied the chance to make it two wins in a row after a goalless draw with Andorra in a match that saw Moldova play the second half with ten men after Victor Stina’s red card.

Following that was a home match against group leaders Latvia, where Moldova took the lead in the fifth minute thanks to a penalty kick from Ion Nicolaescu, but goals from Vladislavs Gutkovskis and Janis Ikaunieks ensured the hosts trailed at halftime.

After Nichita Motpan brought a goal back for Moldova, Gutkovskis scored again after the break, and Ikaunieks’ second goal of the game condemned the hosts to their first loss of the season.

The defeat was Moldova’s sixth in a row at home, which will do little to improve emotions ahead of Tuesday’s match against Andorra.

The visitors, on the other hand, have bounced back nicely after losing 3-0 to Latvia in the Nations League opener.

They started their campaign with a goalless draw against Tuesday’s opponents before edging out Liechtenstein for a confidence boost.

Liechtenstein scored in stoppage time, but it was too little, too late as Andorra hung on to win their third match in a row.

Andorra has lost 14 of their last 18 away internationals, so Friday’s victory may not inspire confidence ahead of Tuesday’s match.

In the opposite match, Moldova dominated possession and had twice as many shots despite playing a complete half with 10 men, and we predict that if they can keep all 11 players on the field, they will exploit home advantage to upset Andorra.