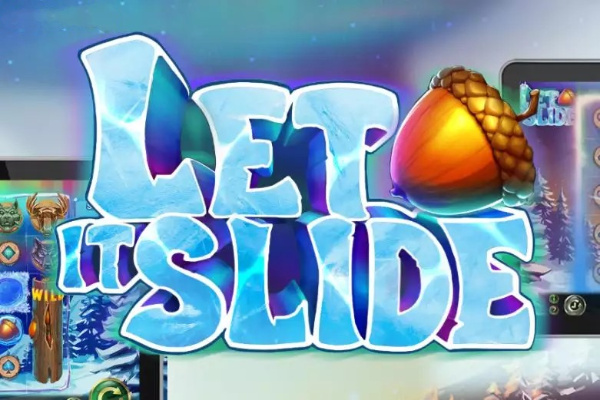 Let It Slide is a winter-themed slot machine created by Jade Rabbit Studios and released through Yggdrasil’s YGS Masters program. It’s one of several games distributed by this larger corporation on behalf of smaller developers, who benefit from their presence at a wide number of online casinos.

Let It Slide has a huge setup, with 6×5 reels, but only 20 active lines. In a slot machine with a 96.40 percent RTP, the player can win up to 17,874x their bet, which is a very good return on investment. The stacked wilds and free spins are two elements I’d mention (with Frozen Frames and Sliding Wilds).

The standard betting range, which may be found in most slot machines, is available. It starts at $0.10 and can go all the way up to $100.

Let It Slide makes an outstanding job of enticing its players by discussing fantastic top rewards that could be won. The highest limit appears to be set at 17,874 times the stake, implying a jackpot of $1,787,400 for a single highly successful spin.

Though the volatility is considerable in this scenario, as is to be expected, the RTP can be higher than normal (96.40 percent is expected).

Features of the Let It Slide Slot

Acorns will appear as a normal wild symbol on the middle four reels (2-5) of the game. These are common replacement symbols that are only used for normal pairings.

Another is the stacked wild, which depicts a tree with acorns and appears where the other wilds cannot, such as on reels 1 and 6. These are also substitutes, but because they cover more spots, they are more likely to aid in the formation of combinations when they appear.

Let It Slide is a feature that you can use whenever a stacked wild appears on the first or sixth reel and completely covers it. For the length of a respin feature, it transforms into a Sliding Wild. During each respin, it moves one position to the other side of the gaming area. It leaves sticky wild symbols in particular spots if it touches Ice Frames. The Sliding Wild has the unique benefit of being able to return to its original location, so it does not have a set number of respins. It’s also possible that this will increase the multiplier for your victories.

There are free spins as well, but you’ll need the stacked wilds to land on both reels at the same time to activate them. The feature begins with four Ice Frames and four Sliding Wilds, all of which are present and traveling in opposite directions. If you have at least one Sliding Wild, the rounds will keep coming. There are no restrictions on how many free spins you can get.

The layout of the slot is rather huge and appears to be made of ice, and it is located in a gorgeous winter backdrop with snow-covered trees on both sides. In the center, a massive ice cube with 30 symbols is depicted (6×5 reels).

Four initial low-value card suit icons (carved and colored on pieces of wood) are among the symbols, as are totem-like pictures of diverse wild species (Hare, Cat, Wolf, Bear, and Moose).

It’s not for everyone because it’s a high-volatility slot machine, but those who want to win large will be familiar with its style of play. Its qualities appealed to me because they are distinct from what most companies offer these days.