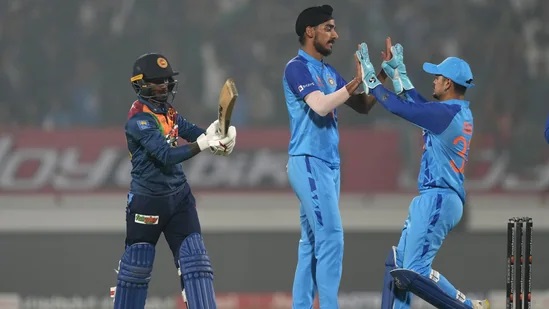 Both sides would like to win this game. The betting review has consisted of the latest performance, head-to-head, squads, odds, tips, scoes, profiles of players, and more data. If you have any issues, then you can take and compare more data for yourself. After getting all the data, you will be able to make predictions. Do not forget to take risks in betting. It demands the upcoming games.

In the 2nd game between the two sides, the Indian side won the toss and elected to bowel first. The Sri Lanka side started well in the game and played some best strokes in the game. Yes, Nissaka and Kusal Mendis led from the front. We have seen some unofficial balls of Indian sides. Yes, Arshadeep and Mavi bowled some no-balls in the game. It created a lot of pressure on the Indian side. The same side fave a lot of runs as an extra. Let’s see what is going to happen in this game.

Kusal Mendis and Shanaka posted the 50s for the side and himself. Both innings created a lot of change in the result of the game. Shankara made 56 runs on just 22 balls. That is the reason to make 106 runs on the board for India. It is the first time to get the target of these figures. Indian team faced a lot of pressure in the game.

Umran Malik took 3 wickets for 48 runs. However, he bowled some good balls to the other players of the Sri Lankan side. Arshadeep proved a costly bowler for the Indian. He went for 36 runs in just 12 balls. All the other bowlers also bowled some loosed balls in the game.

On the other side, Nissanka, K Mendis, Aslanka, Rajapakse, and Shanaka are strong players in the batting. Shanak, Wanidu and karuratne are best with ball. Let’s see which is a better side to win the game.

Axar Patel and SKY posted the 50s in the last game between these two sides. Both are ready to perform once again.

Both sides played 2 games in the series. The series is led by the two sides. Let’s see what is going to happen in this game.

In the end, I would like to ask you to choose the Indian side as the winner. No doubt, Sri Lanka proved well in the 2nd game of the series. But, the Indians can recover all the faults that they did in the last game.