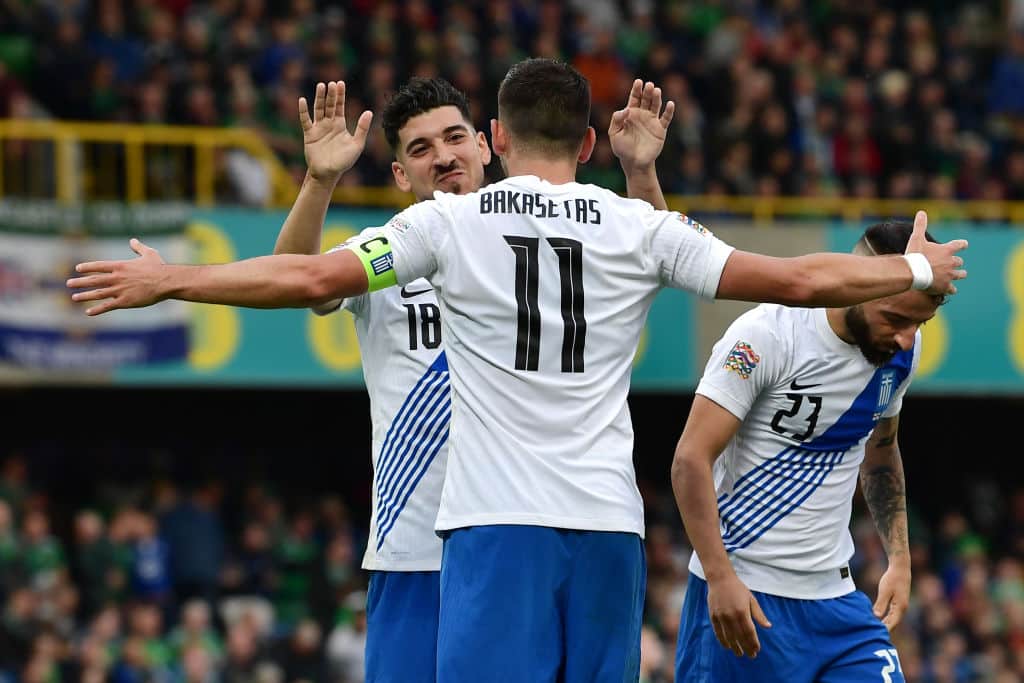 Greece welcomes nearest group rivals Kosovo to Volos on Sunday, hoping to continue their spotless record in the UEFA Nations League this summer.

After a 1-0 triumph in the Kosovar capital last week, the teams meet again at Panthessaliko Stadio, and the duo are clear at the top of League C Group 2 after victories in midweek.

Greece vs Kosovo Tips and Prediction

Following Thursday’s win over regional rivals Cyprus, Greece has only lost one of their last seven home games in the Nations League. There is no doubt that Greece is determined to return to Europe’s second tier after narrowly missing out the first time around.

An opening success over Northern Ireland was followed by a 1-0 victory over Kosovo last Sunday, both with captain Anastasios Bakasetas scoring the game-winning goal.

The Trabzonspor midfielder then scored the first goal in a 3-0 win over Cyprus on Thursday night, continuing a strong start for Gus Poyet, who was appointed after Greece’s failure to qualify for Qatar 2022.

The former Bordeaux manager has now won four of his first five games, including three straight in the Nations League — a league in which the Galanolefki have maintained seven consecutive clean sheets.

They are also unbeaten in each of their previous nine League C matches, and they presently lead Group 2 with a win this weekend, putting them six points ahead of their opponents on Sunday night.

While Kosovo’s efforts to qualify for Qatar 2022 were abysmal – they finished bottom of their group with just one win in eight games — earning a point against Greece both at home and away shown that the little Balkan country can play on an equal footing with their more established competitors.

The Dardanet had the minority of possession on both occasions – in September and November of last year – and absorbed a lot of pressure from their Greek opponents, but managed to hold out for 1-1 draws.

They were also in Greece’s 2020-21 Nations League group, and they gained another point away from Athens but lost at home, finishing third in the final rankings.

Alain Giresse’s current team, on the other hand, has gotten off to a better start in their third campaign, defeating Cyprus 2-0 on the opening day before rebounding back from a loss last weekend with a 3-2 triumph against Northern Ireland on Thursday.

Kosovo deservedly won at Stadiumi Fadil Vokrri, taking the lead early on thanks to Vedat Muriqi’s penalty, which was quickly followed by Zymer Bytyqi’s volley of a Milot Rashica cross.

Though their opponents equalized twice later in the game, Giresse’s men held on for the win after another Muriqi goal after the break, putting them in second place in League C Group 2 heading into the weekend.

Meetings between these two sides, which have become more common in recent years, have tended to be closely contested, with Greece often commanding play while their Kosovar opponents grind out a draw.

While the visitors have only lost one of their last six games, it was last week against the Greeks, and they may now complete the double in quick succession as they continue to thrive under new management.