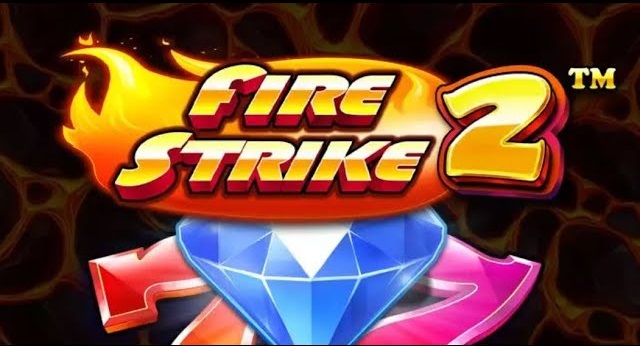 It’s been over three years since the first Fire Strike game was released, and now Pragmatic Play is working on a sequel. Some graphics and the excellent potential have been preserved, but top jackpots have been reduced slightly, so it’s not all good news.

The reels in Fire Strike 2 are 5×3 and there are 10 active lines on each. The slot’s maximum jackpot can be worth up to 25,000 times your bet, and while the volatility will be significant, the RTP settings will be good (up to 96.50 percent ). There will be wilds and scatters, as well as free spins and the Fire Strike bonus, among the game’s features.

The slot uses ten coins for its wagers, allowing you to spend anywhere from $0.10 and $50 for each spin that is triggered.

In exchange, you could be able to walk away with a massive top prize. Up to 25,000 times the investment will be paid out in Fire Strike 2. (compared with the 27,000x jackpot of the first slot in the series). Even by today’s standards, it’s still a remarkable achievement.

An online casino could use one of three possible RTP values. They might choose from 96.50 percent, 95.50 percent, or 94.50 percent for these games.

Fire Strike 2 has its own wild symbols, which will substitute for any regular symbols in winning combinations on the same lines as the game. If it succeeds in constructing its own combinations, it will also give out direct awards of up to 200 times the stake.

The Fire Strike symbol is particularly intriguing, and not because it contains any advanced mechanics. It’s a simple scatter, but if you get it to land enough times, you might win a lot of money. During free spins, it can be coupled with Fire Strike Wilds.

It begins with a minimum of 6 scatters of this type, which are required to win the lowest prize of 1x the stake. The more scatters you obtain after that, the better the reward. The slot will pay 5,000x the bet if 15 Fire Strike icons are present. You’ll be awarded 25,000x your stake if you have 15 Fire Strike Wilds in place.

Another bonus awards you 12 free spins, which are triggered by three scatters and can be retriggered. The Fire Strike Wilds might also help you win the top jackpots in this mode. The stake can be multiplied up to 25,000 times depending on the number of special symbols that contribute (up to 15 required).

As an added benefit, Fire Strike symbols can be locked in their landing places, increasing the chances of jackpots being triggered.

Fire Strike 2 is still a classic, despite the theme and design being antiquated alternatives that have been utilized in hundreds of other slot machines. I wouldn’t anticipate anything spectacular in terms of visuals; this isn’t that kind of game.

Dice, playing cards, casino chips, cash, bells, three sorts of Sevens (blue, purple, and red), the triple Bar, Diamonds, and the Fire Strike 2 emblem are among the symbols that will be displayed (as wild or scatter).

Overall, Fire Strike 2 is far more engaging than its visuals suggest. Although it does not appear to be a particularly good slot machine, the 25,000x top prize may persuade you otherwise.