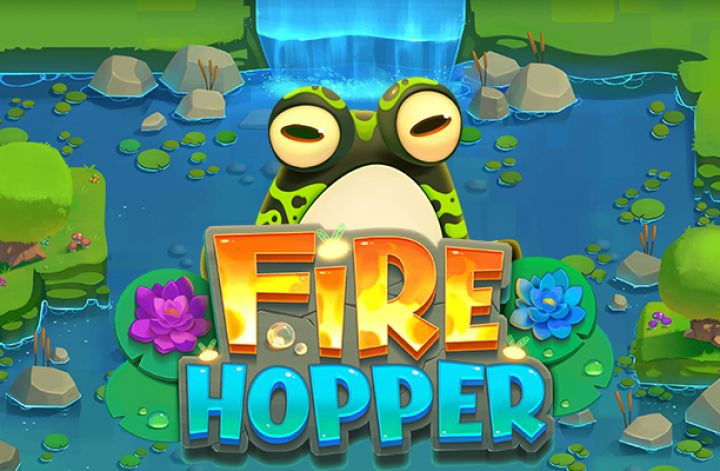 Push Gaming is a developer to keep an eye on, and despite the fact that they don’t release many new slot games, the quality of each one is exceptional. I’m excited for Fire Hopper, which will most likely be their final slot machine for 2021. There will be a frog motif, hence the hopping, and there will be a bit of that fire element as well, but it will be hidden for the most part.

On 7×7 reels, Fire Hopper presents a new arrangement in which Cluster Pays will get you compensated. This developer is known for producing stunning graphics and generous payouts, and we find the same here, with up to 50,000x the stake available. Even though the volatility can be extremely significant, the RTP can be quite decent (up to 96.30 percent ). Cascading reels, various varieties of wilds, multipliers, and free spins are among the game’s features.

A modern slot machine usually has a wide range of bet values from which the player can choose. That’s also true in Fire Hopper, where the whole range of eligible bets is $0.10 to $100.

The top payments that Fire Hopper guarantees appeal to me. The maximum return offered by this game is 50,000x the bet, the kind of jackpot that you can only win if a lot of other players fail to come close to it. High volatility is unavoidable in such a game, but an experienced player may be more concerned with the 96.30 percent RTP, knowing that it will be a dangerous experience.

7×7 reels are included, as well as the ability to generate combinations on them if 5 or more matching symbols are clustered together. They must join in some way, either horizontally or vertically.

After the initial construction of a cluster, the cascading reels will begin to spin. New symbols will appear to replace those that were part of the initial cluster, and this will continue until no new wins appear.

When you notice the Frog symbols on the reels, keep in mind that they might assist in the construction of clusters. They operate as substitutes, making them the slot’s wilds. A standard and a gold variant are both available.

One of the other interior features is called Leaping Frog. It is necessary to have both Firefly symbols and a Frog on the reels in order to win. When a wild Frog attacks a Firefly, a Gold Frog Wild appears in that location. The Frog Wild’s multiplier increases by 1x with each jump.

The same Frog can also jump on quick reward symbols, which can pay up to 1,000 times the stake in most cases. The Frog’s multiplier will also be applied to that award.

There is also a bonus version of the Firefly in the game, which could lead to the same Frog jumps. This time, the outcome will be a bonus round with seven free spins.

You start with the Frog’s triggering multiplier, and it can go up from there. On the reels, frogs are clingy. Another distinction is that the new Gold Frogs, which may be summoned via the Leaping Frog feature, will have the frog’s multiplier.

It’s a beautifully crafted game in which we get a bird’s eye view of a pond. On the pond, there are lotus blooms, which frogs may hop on. Fire Hopper’s graphics are fantastic, even if the fire element isn’t particularly noticeable.

Fire Hopper uses a variety of symbols to depict various types of frogs and firefly, although it will primarily rely on lotus blossoms for its symbolism. Purple, red, green, orange, pink, or blue are all options.

Fire Hopper is Push Gaming’s regular great slot machine, giving a highly volatile experience that can lead to some of the industry’s most remarkable top jackpots.