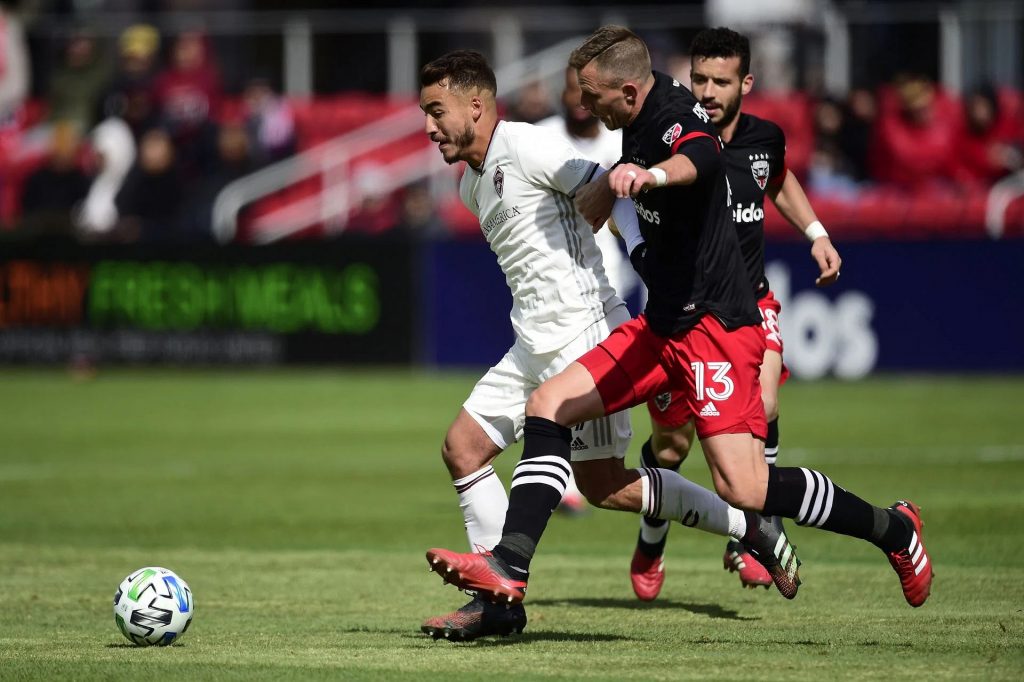 Dc United will be hosting Colorado Rapids on Monday the home sure were able to end their losing streak in the mid-week as they win against New York City making it their first win and they will be hoping to build on that in this .

Colorado Rapids are always without a win in their past five games making it a match between teams with low winning.

DC United were able to finally break away from their winless streak as they were able to pick up a win from New York City and the hike side will be hoping to build there confidence with that l.  They were able to leave the bottom of the table thanks to goals from Kamara and Birnbaum.

The home side are currently behind Chicago fire with six points as they wuklk be hoping to close the gap with series of wins if possible. DC United have been good at home this season and that’s an advantage going into this match.

The head coach Rooney will also be concern with his team defensive problems with them having been a bad goal difference in the league.

Even while the hosts have received most of the attention for their recent bad play, Colorado Rapids have also been on a run that they will want to forget.

The visitors have lost three times in their last five MLS games and have not been victorious in any of those games.

They suffered costly losses in each of their previous two games, losing both by a quite much score.

Despite the game being tiedafter Gyasi Zardes’ goal at halftime against Philadelphia Union, Nashville SC defeated the team the following week.

Although DC United’s victory in their most recent game may make this the ideal matchup for them to repeat the feat, both of these clubs have recently battled with consistency.

Wayne Rooney is certain that his team can aim for a second consecutive win with the help of the home supporters.