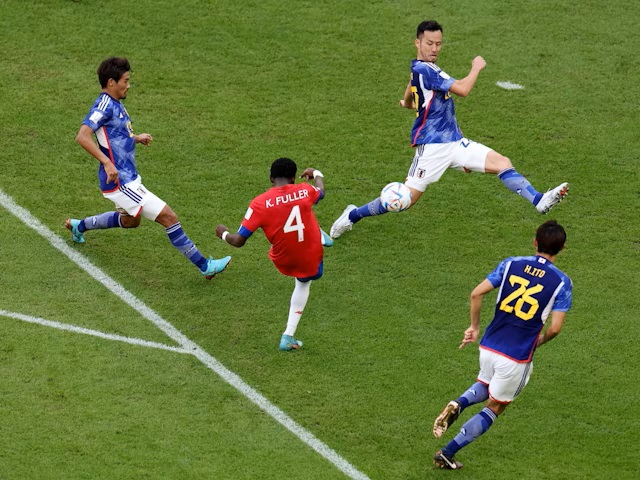 Thursday’s match between Costa Rica and Germany at the Al Bayt Stadium will see the bottom two teams in World Cup 2022 Group E preparing for an exciting battle for qualification.

Last time out, Hansi Flick’s team came from behind to salvage a draw with Spain, while Los Ticos beat Japan to maintain their chances of making the last 16.

Refusing to be affected by the seven-goal battering they received at the hands of Spain, Costa Rica picked themselves up and prepared to face a Japan team that had defeated Germany just four days prior, but this time it would be the Asian country that would be humbled.

Keysher Fuller’s 81st-minute strike did reach Japan goalkeeper Shuichi Gonda’s gloves, but he could only assist the ball as it made its way into the top corner, setting off joyous scenes for the Costa Ricans, whose future is once more in their own hands.

With a win over Germany this week, Costa Rica will advance to the knockout stages for just the third time in their history. They are currently in third place with three points, level with second-placed Japan and just one behind Spain ahead of their top-of-the-table match.

If Spain beats Japan, which has a goal differential of zero compared to Costa Rica’s minus six, a draw would also do for Luis Fernando Suarez’s team, but a loss would prevent them from improving on their quarterfinal finish from 2014 or their last-16 exit from 1990.

Costa Rica has only ever won two consecutive World Cup games once before, in 2014. While six of the current crop were present for that historic victory over Italy eight years ago, the situation for the seasoned veterans this week is very different.

On Sunday night, when Alvaro Morata’s close-range flick put Spain ahead, the 2014 World Cup champions felt their stomachs drop as they faced the prospect of yet another disastrous early exit from football’s biggest stage.

The Werder Bremen star, Niclas Fullkrug, scored a powerful goal in the 83rd minute to rescue what might turn out to be a crucial point for Die Mannschaft, who also had an Antonio Rudiger goal disallowed for offside on the day. Fullkrug had been given the opportunity to show off in the number nine position by Flick.

Germany needs to win on Thursday in order to move into the top two, and a victory for Flick’s team along with a victory for Spain over Japan would guarantee that the one-point bottom team advances to the round of 16.

In contrast, if Spain and Japan draw, Germany would need to win by at least two goals to edge out the latter for second place, and if Hajime Moriyasu’s team can shock La Roja, Flick’s team would require a five-goal swing in their favor to knock Spain out of the tournament.

Before such a crucial match, where a draw or loss would send Germany to successive group-stage exits for the first time in their illustrious history, a meager two victories from 10 across all competitions is not exactly the sort of form that would inspire confidence within the Mannschaft ranks.

Flick also runs the risk of becoming the first German coach in history to lose all three of his World Cup matches, but Die Mannschaft did defeat Costa Rica in their only prior meeting, which occurred at the 2006 World Cup.

Even though the fire in the Costa Ricans’ bellies may be burning bright, their attackers’ obvious lack of goal threat against Germany should prove costly.

We anticipate Die Mannschaft to break down the defensively-heavy Ticos side and do everything they can to push for a top-two finish, leaving their fate in the hands of Spain and Japan. The addition of players like Sane and Fullkrug from the outset should help Flick’s side lay down an early marker at the Al Bayt Stadium.