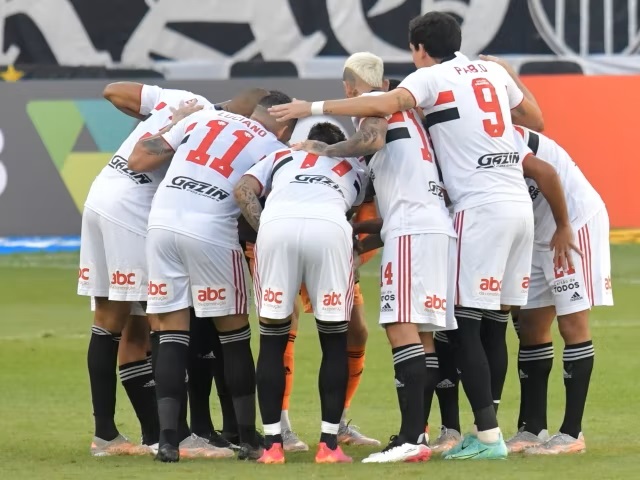 When Sao Paulo visits Estadio Couto Pereira on Thursday to face Coritiba, they can extend their undefeated streak to 14 games in all competitions.

Coxa has been one of the feel-good stories thus far in the 2022 Campeonato Brasileiro Serie A season, and they are now in contention for the final automatic spot in next season’s Copa Libertadores, with Sao Paulo trailing them only on goal difference.

Gustavo Morinigo could not have asked for a better start to his first season in the top flight, with Coritiba now in fourth place, just four points behind league leaders Corinthians.

They have a perfect home record, having kept a clean sheet in four of their five games in all competitions.

Their ability to restrict space and mark closely is one of their characteristics that has made them so difficult to beat at home this season.

In four of their five home games in all competitions, they have allowed three or less shots on goal, with zero shots on goal twice.

When your first priority is to defend, patience is crucial, and Coritiba have kept their cool while searching for a solution.

Coxa hasn’t won in their last nine competitive matches against Sao Paulo, with their last victory coming in 2014.

With Glorioso surrendering 11 goals thus far, their passive strategy may be physically taxing on these defenders, who must cover a lot of distance if opposition can break through their powerful middle line.

After finishing in the bottom half of the standings for the first time in 2017 the Sao Paulo we’re used to seeing has proven their potential this season, scoring points in eight of their nine domestic matches.

Rogerio Ceni is a legend at this club, having won three league titles as a goalkeeper in the early 2000s, and his calm demeanor as manager seemed to be exactly what this squad required to reclaim the confidence that had seemed to have eluded them in 2021.

His conventional  structure is unusual, but it has worked well, owing to the midfielders’ activeness in regaining balls deep in the defensive zone and initiating several counterattacks.

Tricolor Paulista, who are now leading the league with 15 goals, have not been shut out in a domestic match this season, demonstrating that they can punish you in a number of ways.

They are a smart team capable of executing a complex system, but their formation has faults, particularly their flat three at the back, which has failed to cover wide gaps in the final third, surrendering the fourth-most goals (11) in Serie A so far this season.

While they have not gone home empty-handed from a league match in which they have surrendered the opening goal this season, Sao Paulo have squandered multiple chances to climb the standings, wasting eight points from winning positions in 2022.

Sao Paulo’s roster is filled with quality, and Glorioso will not be able to keep them at bay for the entire 90 minutes, as well-organized and compact as Coritiba has been at home this season.

The past seven encounters between these clubs have all been decided by a goal or fewer, and we predict another tight game between two talented squads.