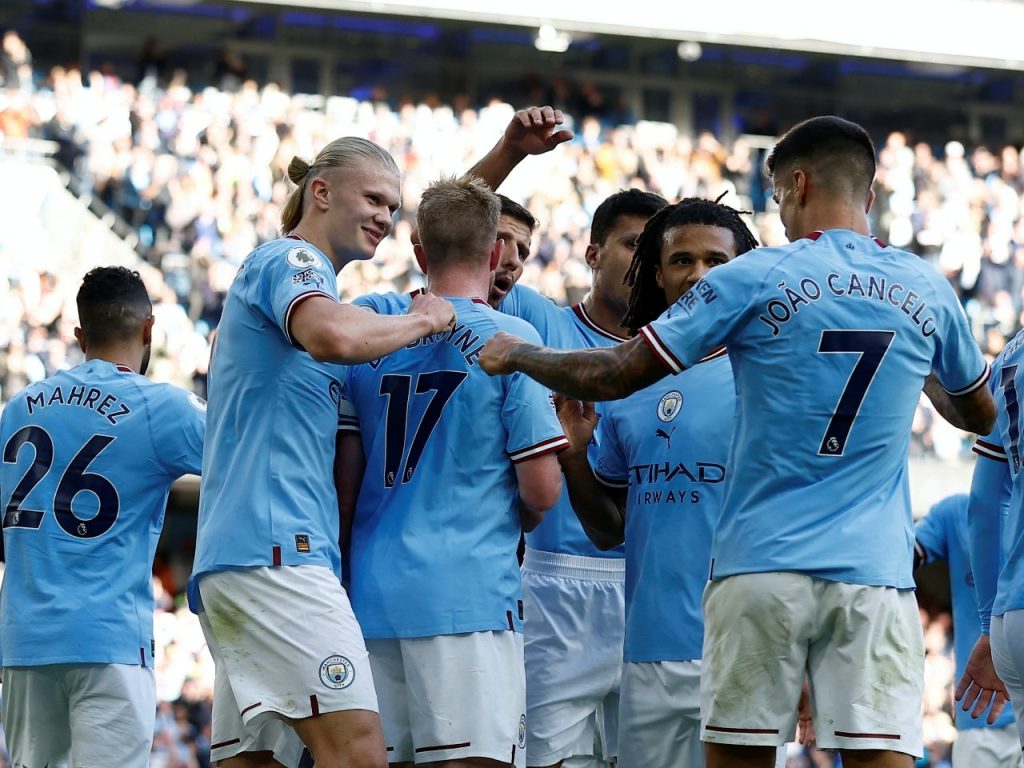 Manchester City will go to Copenhagen on Tuesday night with the knowledge that a victory would guarantee them a spot in the Champions League knockout round with two games remaining.

The Citizens are now in first place in Group G with nine points after three games, while Copenhagen is last with just one point in the group thus far.

Last week, Man City completely destroyed Copenhagen at the Etihad Stadium. The home team scored three goals in the first half before adding two more goals after the break to secure the victory.

The Danish team knew it would face tough competition in this division, and they struggled to hold Sevilla to a scoreless draw after losing their opening match at Borussia Dortmund on September 6.

The five-goal setback to Man City has Jacob Neestrup’s team in last place in Group G with just one point, but they are tied for third with Sevilla in terms of points, so a Europa League spot is definitely attainable, and they can still mathematically finish in the top two at this point.

Copenhagen comes into this game off a draw with Nordsjaelland on Saturday in league play, which dropped them to sixth place with 16 points from 12 games.

Byens Hold is taking part in the Champions League group stage for the first time since the 2016–17 season, however they previously advanced to the last-16 of the Europa Conference League before falling to PSV Eindhoven.

Meanwhile, Man City is on fire. On Saturday afternoon, they thrashed Southampton in the Premier League to move to the top of the standings and make it six straight victories across all competitions.

The Citizens have won their last three games, all at home, by scores of 6-3, 5-0, and 4-0. This will be their first away game in any competition since their 3-0 league victory at Wolverhampton Wanderers in the middle of September.

With nine points, Man City is in first place, three points ahead of Dortmund in second place and eight points ahead of Sevilla in third. With a win here, Man City would guarantee their place in the knockout round, but it is more a matter of when than if the English champions will be able to advance through the group.

The signing of Erling Braut Haaland, who scored against Southampton in the league on Saturday to make it 20 goals in 13 games for the club, has led many to believe that the Citizens are the favorites to win the Champions League this season.

Due to Man City’s exceptional quality at the time, there is only going to be one outcome in this situation.

Copenhagen was soundly defeated by the English champions in the reverse match last week in Manchester, and they will probably have to accept another loss to them on Tuesday night.