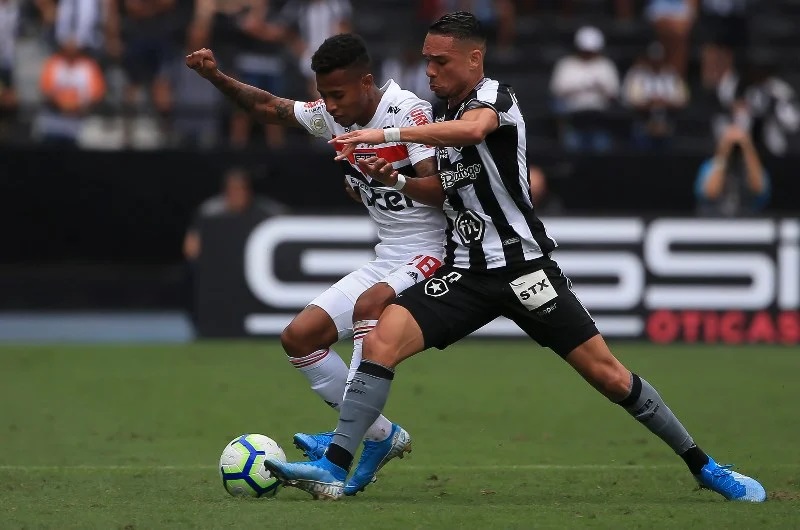 A pair of recently promoted teams to the Campeonato Brasileiro Serie A will clash for the first time this season, with Goias needing a win to stay above the relegation zone when they meet Botafogo on Monday at Estadio Olimpico Nilton Santos.

Fogo are now in seventh place in the league with 12 points, while Esmeraldino are one point ahead of Cuiaba for the last Serie A slot.

Botafogo won their spot back in the top flight last season by winning Serie B with an astounding 70 points, and so far this season, they have proven that they belong among Brazil’s big boys.

A Estrela solitaria is only three points behind the league leaders going into this encounter, as they prepare for a demanding month of June that will see them play six domestic matches, four of which will be played in ten days starting on Monday.

They have done an excellent job of keeping a good defensive structure since their opening loss at home to Corinthians surrendering only one goal in their following seven league games.

Only two of their 11 goals this season have come in the first half, but they’ve come back to win a lot of games late, scoring six goals after the 80th minute.

There is a lot of quality up and down the lineup for a recently promoted team, as well as a relentless work rate among all 11 players on the pitch.

Although their time in Brazil’s second flight was brief, Goias are learning how one mistake can set you behind in a long domestic season.

They started the season without a win in their first four domestic games, but they were able to make up ground last month, picking up points in three of their last four league games, lifting them out of relegation danger for the time being.

Jair Ventura, the manager of Goias, has a lengthy history with Botafogo, where he began his coaching career as an assistant from 2009 to 2012, helping them qualify for the 2017 Copa Libertadores.

Ventura, the son of Brazilian icon and former World Cup winner Jairzinho, has developed a style that is significantly different from that of his father, who played for the national team in the 1970s, with Goias focusing on zonal marking and defensive consistency.

In nearly every game, Goias has battled well and given themselves an opportunity to score points, but they have a tendency to sit back too much, playing too deep in their third of the field, which Botafogo should be able to exploit.