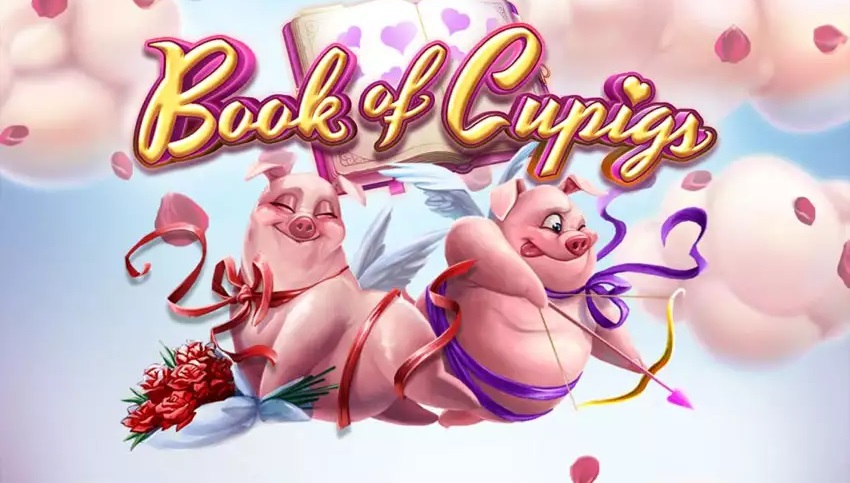 If you want a nice Book-style slot machine but don’t care for the old graphics and Ancient Egypt theme that is often employed, GameArt’s Book of Cupigs could be the appropriate fit for you. Expect to see a game with a beautiful design and an intriguing theme, in which a pair of pigs play Cupid and shoot arrows at people to make them fall in love. It’s amusing, it looks amazing, and it has a collection of features that have been proven to be popular among players.

Book of Cupigs is a 5-reel, 10-payline slot machine. Scatter wilds, free spins, and growing mystery symbols are among the features it offers. It doesn’t outperform any of the other Book competitors, at least not when it comes to maximum payouts, where players may win up to 5,000 times their stake.

If you get the top paying symbol to obtain the opportunity to expand during the free spins, you have the best chance at the 5,000x the stake top prize. You’ll reach the highest limit after 10 combinations of 500x the stake each.

You should still expect this to be a highly unpredictable real money slot; in fact, most Book releases do.

Features of the Book of Cupigs Slot

The Book genre’s characteristics are well-known, and Book of Cupigs doesn’t stray too far from the pack in that regard. The possibilities are the same as they are in every other slot of this sort, but the distinctive motif adds a layer of intrigue to the experience.

It all starts with the Valentine’s Book, the lone feature symbol in the base game, which serves as both a wild and scatter sign. They can be used as substitutes even if they only appear once or twice, as long as they exist next to ordinary symbols of the same type and can form a combo.

However, you should aim for three or more wild/scatters to occur at the same moment, since this will activate the free spins feature. You’ll get 10 free games from them, as well as a mystery symbol chosen at random. It’s a function that you can reactivate at any time.

The mystery symbol is chosen at random from the regular spots to change a symbol. It now has the power to enlarge anytime it lands on the reels, thanks to this feature. If it appears three or more times on the same reels, it will generate winning combos on all lines, even if the symbols do not appear in order.

It’s a good thing GameArt decided to surprise us by using a couple of overweight pigs as Cupids, because it’s not something you’d expect from a Book-style slot machine. I believe you’ll discover that the graphics quality is far superior to the category’s average, which also works in its favor.

The heart-shaped chocolate box is the first symbol, followed by the lime cake, red roses, earrings, ruby ring, and the four highest-paying pig Cupids. The wild/scatter is Valentine’s Book.

Overall, I’d say it’s one of the more intriguing new releases in the Book category, owing primarily to its aesthetics and concept.