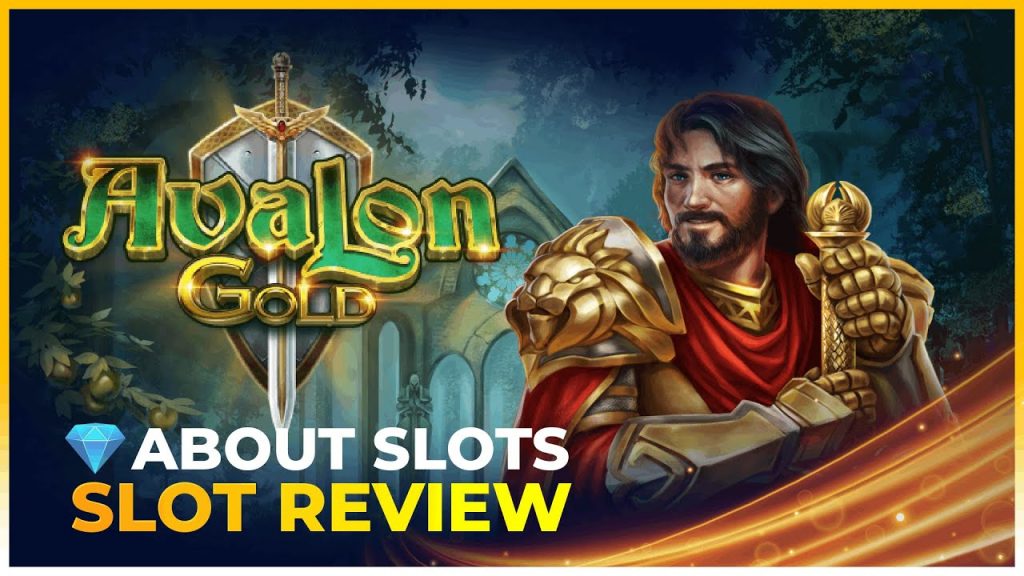 The producer of this slot is used to develop slots that are travel related where an explorer goes to various destinations from Katmandu to Tahiti or Ecuador. However, things changed with the Avalon Gold as ELK Studios moved to the mythical land in Avalon, which doesn’t have rules on how to reach there. To some, this is an entrance to the otherworld where it’s believed Arthur was taken to heal after a fight without explaining how Kane comes in. But this is a classy slot with better features which we’ll discuss in detail.

Avalon Gold has undergone some changes, which have seen its quality increase. It’s unlike the other games in the series because it’s more relaxing with a great setting entailing nature with sunlight in the background. Additionally, there is a sacred-looking structure behind the grid, showing whether the symbols move in or out. The Celtic-inspired soundtrack is also worth it, as it enables players to relax while gaming. But the big win adrenalized count-up music doesn’t match the setting.

This slot takes place on a grid with six reels and four rows. To bet, a player needs 20 p/c to 100 euros per spin to access the X-iter menu. After that, the menu paves the way to five methods of paying Avalon Gold. The slot is highly volatile with different RTP models, but the highest value is 94%.

Furthermore, Avalon Gold also has 24 symbols within the active gaming area. To make a win, a player needs to hit three symbols on adjacent reels starting from the left. It also has 4096 paylines which can expand to 262,144 when the reel is at its full height.

The gold wild can substitute any pay symbols except the mystery box and bonus.

The features that make this slot worthy are the expanding wilds, free drops, the X-iter feature buy, big symbols, Avalanches, the Avalon feature, and mystery boxes.

Let’s look at each below.

The Avalanche feature removes the winning ways from the grid. But when symbols fall to replace them, another row of avalanches forms on the reels. This will go on until the avalanche makes a high height of 8 rows. However, when no wins occur, the grid resets to normal size in the next round.

The big symbols only land in sizes 2×2, 3×3, or 4×4. They can be the normal pay symbols or mystery boxes, with every one of them considered 1×1 sizes. If gaps are below the big symbols, they are replaced by the same symbol type as the big one.

The mystery boxes activate when 5 of them are in view, and they can appear anywhere on the reels. But before they activate, they’re worthless like the blocker tiles. After activation, they open and reveal a paying symbol, a wild or trigger the Avalon feature.

The Avalon features the mystery boxes can trigger are:

Landing 3,4,5 or 6 scatter symbols activate the bonus round and enables a player to earn 10-25 free drops. The mystery boxes remain persistent until they are activated during the free drops. 5 or more are required for the activation to take shape but are removed when the Avalon feature ends.

Another round begins when the grid’s height is four rows high. When a player wins the spins, the safety level increases by +1 row. The next round will fill the grid to the active safety level 8 rows high.

The X-iter feature enables players to go to the bonus round with five options. The RTP for this feature is similar to that of the normal mode.

The five options include;

Avalon Gold slot is evidence that the ELK Studios are out to give players the best. The slot is full of creative features which enable a player to earn good money. Additionally, the exotic location is a plus as it fits well on the series while also showing the improvements. The soundtrack is also good for the ears and encourages players to keep trying their luck.

What’s amazing is how the developer brings Kane to this slot where he’s resting or healing. The Avalon Gold surpasses our expectations of the Kane slots, as it’s in its league. The avalanche, growing reels, ways, and big symbols make it an attractive slot. The mystery boxes that trigger the Avalon features and the expanding wilds are exciting to watch, as seen in the Big Bamboo.

The mystery boxes take a new turn during the super free spins, where they stay on the grid and activate severally after the avalanche or free drop feature creating some intense moment. But the best feature is the Avalon Gold which has a high win possibility of 25,000x the bet.

When you look keenly at this slot’s features, setting, and theme, it’s evident that it’s a well-organized game. However, its low RTP is discouraging, and the developers need to check on it. But this is a slot worth every moment; every player should intend to play it and earn well from it. It’s also entertaining, making it a good choice for those looking for something to relax their mind after a tiresome day.