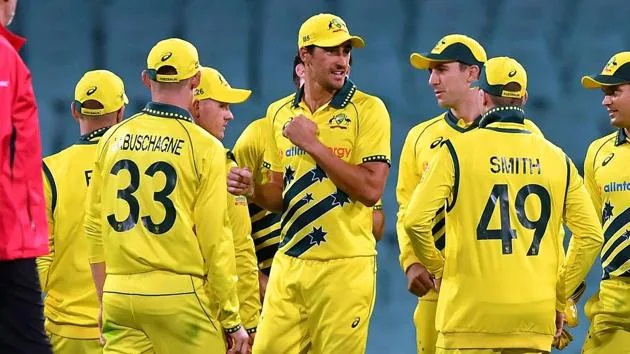 Both teams are strong sides of cricket. There are many star players on these sides. You will enjoy the performance in this game. The betting review has consisted of the latest performance, head-to-head, squads, odds, tips, predictions, and statistics. After reading all information, you will be able to make predictions. In cricket, a single player can change the whole side of the game.

New Zealand played some matches versus Ireland and Netherlands. They remained successful versus both teams. Micheal Bracewell became one of the best all-rounders in these games. Moreover, all the players tried their best to win the games. Ireland failed in all three games. On the other hand, the Netherlands also did not win even a single game versus New Zealand. Once, Ireland also stopped New Zealand, but Bracewell ended all the hopes of that side.

On the other side, the Australian side played 3 games versus Zimbabwe in recent times. Zimbabwe failed in all three back-to-back games. No doubt, Zimbabwe was a weaker side than the Aussies. But, no one forgets the performance of New Zealand versus the Aussies in the final of the 2015 world cup. Moreover, New Zealand is also a finalist in the 2019 world cup,

Both teams had faced each other 138 times in one day of cricket. Aussies remained undefeated 92 times. On the other side, New Zealand also remained undefeated 39 times. The remaining 7 games did not leave any result for both sides. According to a recent search, both teams played many games against each other.

There is not too much difference in the weather and conditions of teams. New Zealand and Australia have fast pitches. Aussies have some advantages in this department.

We are expecting a good game for you. Here are the expected predictions of teams.

Aussies have a 60% chance of winning the game. On the other hand, New Zealand also contained a 40% chance of winning. The additional 10% chances for Aussies are related to the home side. Both teams added all the world-class players in the teams. Here are some best players on the teams. All these players can change the side of the game.

Star Players in the Aussies and New Zealand team

In Aussies, Mitchell Starc is a dangerous bowler for New Zealand. He can get some early wickets to create pressure on New Zealand.

On the other side, Warner, Finch, and SPD Smith are prominent bats for them. Maxwell always hit very hard in the past game. The result will change if he stays on the crease for 10 overs.

In New Zealand, Guptil, Finn Allen, Boult, and Mitchell Santner are significant players to handle the pressure of another side.

It is not an easy task to claim the best side of the day. According to us, the Aussies are still the better side to win the game and the series. New Zealand needs some partnership, and if they pick it, the results can change.