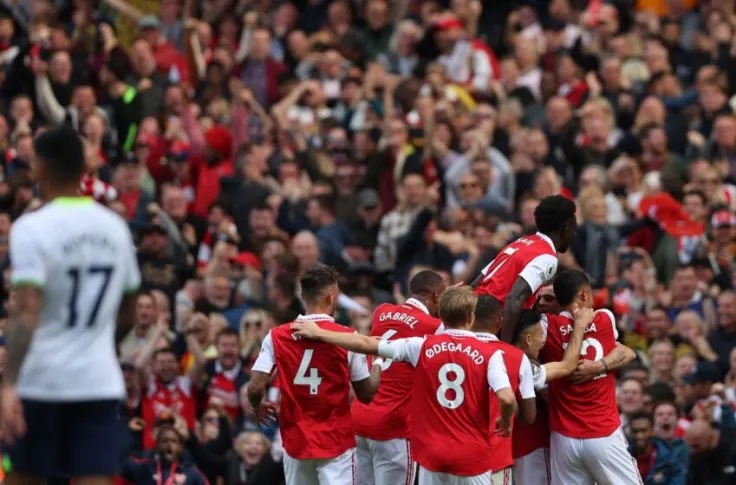 When they welcome Bodo/Glimt of Norway to the Emirates Stadium for their Group A matchup on Thursday, Arsenal will be looking for their second victory in as many Europa League games in the 2022–23 season.

The Gunners defeated FC Zurich to begin their continental competition, while the visitors lead the standings after two games and four points.

Arsenal vs Bodo/Glimt  Tips and Prediction

The news that Queen Elizabeth II had passed away broke as Arsenal’s match against FC Zurich on September 8 neared halftime. As a result, the match between the Gunners and PSV Eindhoven was postponed while security was prioritized for Her Majesty’s state funeral.

The extra break hasn’t hurt Mikel Arteta’s team much as they keep up their early-season dominance in the Premier League, and after their 3-1 victory against Tottenham Hotspur in the North London derby, rumblings of a title challenge are getting a little louder.

Although the merciless month of October will be a genuine test of their mettle, Thomas Partey, Gabriel Jesus, and Granit Xhaka all made the net ripple in front of an ecstatic Emirates crowd to keep Arsenal one point clear at the top of the Premier League standings.

With nine games scheduled this month, both domestically and internationally, Arsenal’s deepening squad will be on display. Arteta’s team welcomes Bodo/Glimt to the Emirates having won each of their previous seven home competitive games.

The North Londoners’ failure to maintain a single clean sheet during that winning streak is a tiny blemish, as is the fact that they have lost all three of their home Europa League contests, but this time there is a different energy at the Emirates.

Bodo/Glimt took full advantage of the fact that group favorites Arsenal had their match from matchday two rescheduled to beat FC Zurich 2-1 on September 15 after drawing 1-1 with PSV on matchday one to go up to the top of Group A standings.

Hugo Vetlesen and Ole Selnaes’ goals put Bodo/Glimt in the lead just before the hour mark after a scoreless first half. The Norwegian champions were unfazed by Donis Avdijaj’s late consolation goal as they held on for the victory.

A 4-1 victory over Lillestrom in the top flight at the weekend was just what Kjetil Knutsen’s team needed to get back on track before a difficult trip to North London. Last month, they had struggled to defend their Eliteserien title.

A surprising victory over the Gunners would put Knusten’s team four points ahead of the Premier League leaders at the top of Group A. Only one of Bodo/last Glimt’s 13 away games in Europe had resulted in victories, though that was against British competition in the form of Celtic.

The game on Thursday will be the first time Arsenal and Bodo/Glimt have faced off in any competition. The hosts are still unbeaten after six matches against Norwegian opposition, but a reorganized team will still need to be on their toes in this one.

Given their recent success in Europe, Bodo/Glimt undoubtedly enjoy a great deal of respect, and Arsenal will undoubtedly reserve their best players for the upcoming match against Liverpool.

We can only imagine the Gunners going in the Europa League as Arteta’s young attackers are eager to take the moment with both hands.