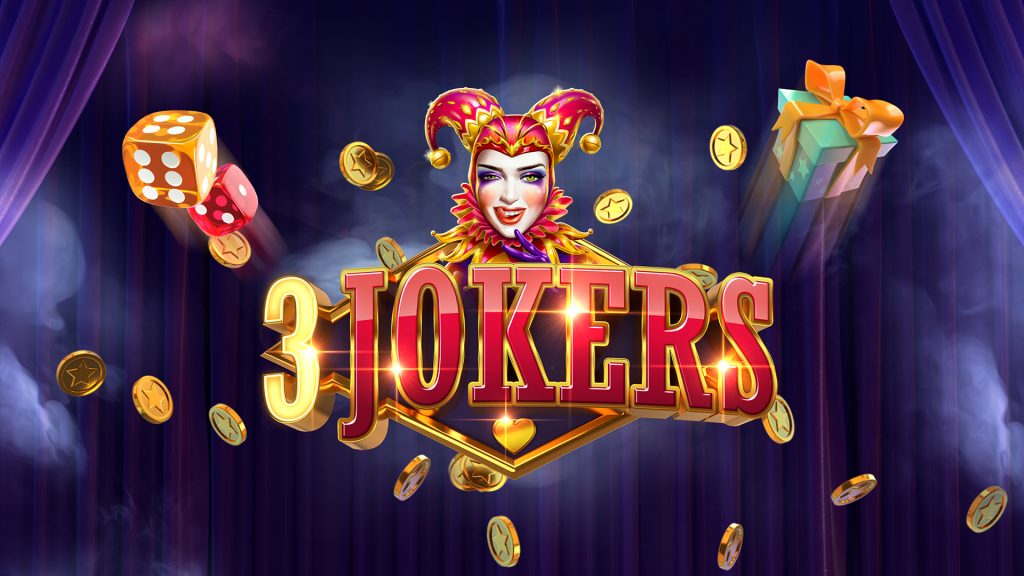 One of Stakelogic’s slot machines is 3 Jokers, and we anticipate it to become a classic. The Joker is a good indicator in that regard because he has been a prominent figure in the gaming world for a while. However, Stakelogic is skilled at handling a traditional concept and keeping a contemporary player interested.

There are 10 active lines and 5×3 reels in 3 Jokers, and its best wins will occur on these lines. It only offers a highest prize of 500x, has medium volatility, and an RTP of 95.80%. The only significant addition was Wild in the Box, but it has a sizable effect on your revenue.

You can choose between a range of $0.10 and $100 for the sum that initiates the subsequent round.

At most 500 times the bet, 3 Jokers will pay out thanks to winning combos that form throughout all of its active lines. There is a good likelihood of something occurring because of its key characteristic. Even though it doesn’t seem like much, the danger isn’t too large because at least the volatility is moderate. Even yet, the 95.80% RTP is only just decent enough.

Features of the 3 Jokers game

Three conventional Joker symbols are in the top places of the game. Depending on the Joker, they will create normal combinations and pay 7x to 10x. You want them to become Joker Wilds because not only do they serve as replacements, but they also pay significantly more (12x to 50x for a 5-wild combo).

A chance feature called Wild in the Box is essential for making that happen. All currently visible Jokers will become Joker Wilds if it activates. All other symbols in their path—aside from additional Jokers will be replaced as these Jokers expand to the left.

As I indicated, they also receive a higher payment for creating their own combinations. If they are unable to pay on their own, you are allowed to utilise them as substitutes.

Even though 3 Jokers only has one main feature, it’s an interesting one, and the potential is respectable for a slot with medium volatility.

When the Jokers are the main characters on a slot machine, you shouldn’t have high expectations. This is what I would describe as a classic slot machine, with three Jokers as the top symbols and icons for presents, playing cards and casino chips, dice, and the J to A Royals as the other symbols. Overall, it looks good, and some of the symbols might even be considered modern, but not everyone likes the vintage feel.

With only one main feature available, the 3 Jokers slot machine has some potential if you can get it to activate. It may not be enough to keep you playing because it is random and the only one you will get to make the action exciting.